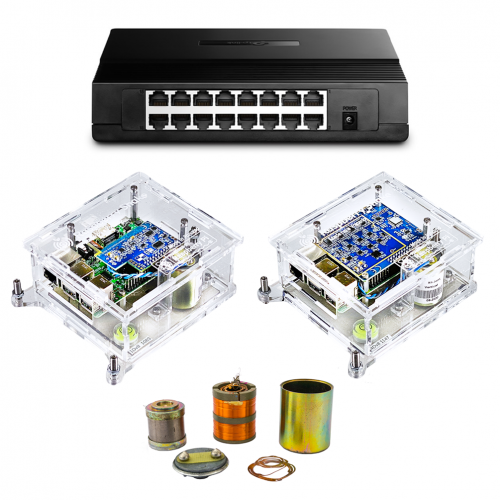 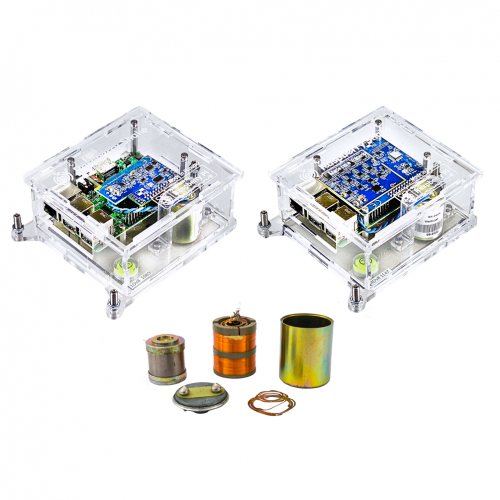 Stay on scale with the RS4D! Incorporating both velocity and acceleration sensors, the RS4D is an incredibly flexible seismograph. The multiple sensor technologies not only extends its usage applications, but also widens the range of motion it can detect. It is capable of measuring both strong motion and micro-seismic activity.

This highly portable, turnkey device integrates the velocity and acceleration sensors, digitizer, hyper-damper, and computer into a single unit. The difference between the RS1D and the RS4D is that the RS4D has three accelerometer sensors built into the board which detect ground motion both horizontally and vertically.

The addition of the accelerometer sensors effectively widens the decibel measurement band of this seismograph. This is interesting for people who live in active earthquake zones where the strong motion might be enough to “saturate” the geophone velocity sensor, or in other words exceed the instrument’s measurement limit. With the RS4D seismic activity should remain on scale and the combination of sensors also extends the device’s use cases, allowing it to be used in applications where an accelerometer is required, such as for structural health monitoring.

The RS4D is a well-rounded, strong motion seismograph. With multiple sensors, more data options, and a wider range it has a multitude of applications, including those that require an accelerometer.

All Raspberry Shake models are highly compatible, easily integrated into existing networks, and can be deployed rapidly. Find out what the experts are saying from multiple peer-reviewed articles about Raspberry Shakes.

For a side by side comparison of our devices to see which one is right for you.

Which sensor is best for you?

*All kits does not include the Raspberry Pi computer, ethernet cable or power supply. These would be supplied by you separately.

Setup and installation is easy! Click on this link for our Quick Start Guide to find all the details to getting started.