Nearly every station in the GSN network has an STS-1 co-located on the same pier as an STS-2 or another broadband sensor. Take, for example, the GSN station in Kyrgyzstan. Given a single day’s worth of raw data from AAK.00 (STS-1) and AAK.10 (STS-2), RespGen is able to accurately determine the instrument response of AAK.10 from AAK.00. 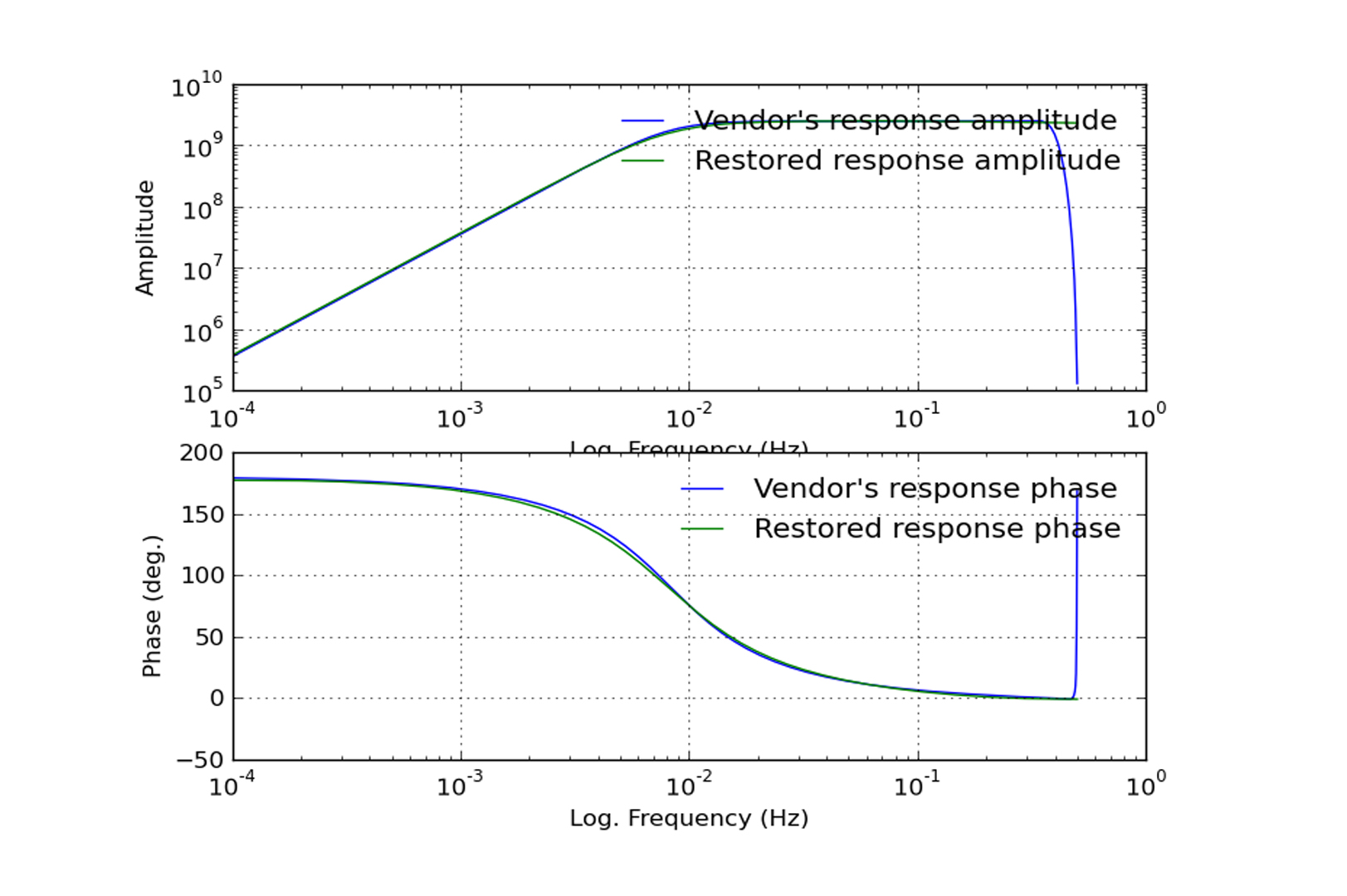 Our company owns and operates a world-class broadband seismic station called BRU2. The continuous data are shared publicly with IRIS. In February, 2013 Branden (our CEO) set up 3 Nanometrics Trillium Compacts side-by-side to test some new software he was developing to implement the Sleeman method for determining self-noise levels.  Here is what the setup looked like:

We then ran the data from two of these sensors through the RespGen program in order to determine the instrument response: 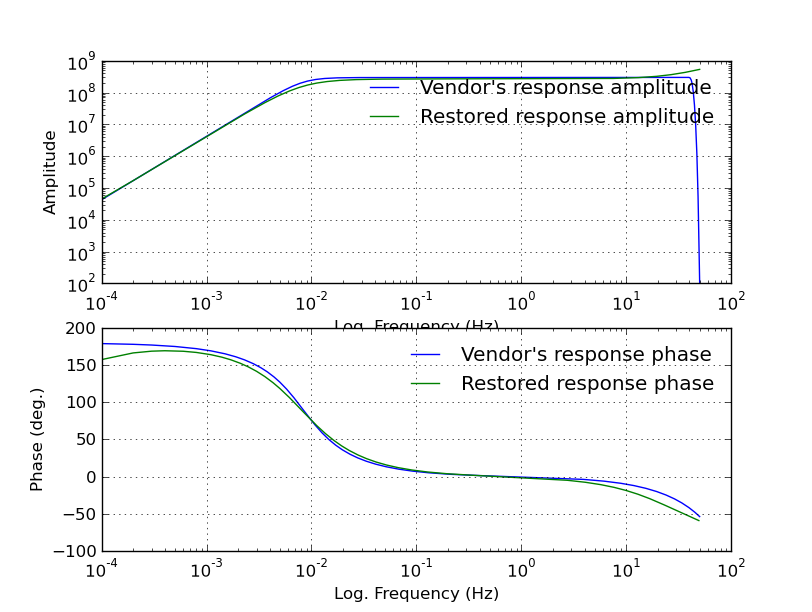 Advantage over the Calibration Table or Coil

With the RespGen program is that you can confirm the entire instrument response curve.  This includes the sensitivity, high and low corner frequencies. But we also make a calibration table. Check it out here.

SEND US YOUR DATA and we will send you back an RESP, dataless formatted or inventory-xml response file!

Acknowledgements: Many thanks to Professor Pavlis for his guidance and our friend Adam Ringler at the Albuquerque Seismological Laboratory (ASL) for his readiness to answer our questions and talk instrumentation.

Delivery of software happens using Docker technology. Upon receipt of payment, complete instructions for download and installation of software will follow in an email, including complete details to satisfy licensing requirements.

There are no reviews yet.

Be the first to review “Calibration Software | respGen” Cancel reply